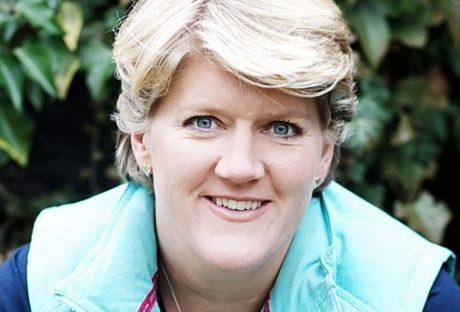 In her first act as patron, Linda is organising a gala dinner in support of DRM, to be held on 11 November 2016 at The Rosewood Hotel, London. The evening will be hosted by popular broadcaster and fellow DRM Patron, Clare Balding.

“We are thrilled to welcome Linda Riley as a patron of Diversity Role Models. Lesbian, gay, bisexual or transgender students are three times more likely than other children to attempt suicide and one in six has received death threats. Linda’s support of Diversity Role Models has been ongoing since 2011 but she plans to kick off her patronage by organising the Gala dinner on 11th November. The funds raised will be invaluable in helping us change attitudes and - ultimately - eradicate homophobic, biphobic and transphobic bullying.”

“I am delighted to have been appointed a Patron of this charity and will do my utmost to help continue its growth - bullying in schools has a lifelong effect on many of us. As a same-sex co-parent, I am especially aware that children can be singled out because they’re perceived to be different at precisely the time in their lives when they need support and reassurance. Diversity Role Models plays a vital part in delivering this essential change in attitude.”

“As a Diversity Role Models patron, it’s been heart-warming to see the growing impact of the anti-bullying workshops they deliver in schools across the UK. I am delighted to be hosting this gala dinner, the proceeds of which will go towards ensuring it will deliver its programme to as many young people as possible and work towards a world in which homophobic, biphobic and transphobic bullying is a thing of the past.”

Diversity Role Models (“DRM”) is an award-winning anti-bullying charity – using positive role models to deliver pioneering pro-diversity workshops in schools across the country to counter stigma and stereotypes based on sexuality and gender identity.

The charity was established in 2011 by a former teacher, Suran Dickson. In its first five years it has delivered workshops to over 45,000 children and young people and trained more than 2,500 school staff.

Research shows that LGBT students are three times more likely to attempt suicide than their straight peers. Seven out of ten lesbian and gay young people say homophobic bullying affects their schoolwork and many skip school because of it.

Since formally launching in November 2011, DRM has become one of the UK’s leading anti-bullying charities. DRM has delivered more than 1,900 pro-diversity workshops to over 45,000 pupils using more than 300 trained volunteer role models, communicating directly with students of all ages and using positive role models to counter negative stereotypes based on sexual orientation and gender identity.

Linda Riley is the founder of major diversity events such as the European Diversity Awards, an event which honours individuals and organisations who work to help create a fairer, more inclusive society. She is also the founder and CEO of the Global Diversity Company, creators of Out at Work, The European Diversity Awards and the Global Diversity List, a comprehensive guide to the individuals who are putting diversity at the heart of human resources within the world’s biggest organisations.

Linda is founder of Outnews Global, a worldwide news site dedicated to LGBT+ news and issues. She recently started a campaign to introduce a National Equality and Diversity Day in the UK.

Linda also co-created Out with the Family with actor, Charlie Condou, an organisation which runs events for same-sex families and their friends.

She is a trustee of Action Breaks Silence, a charity working to empower and educate girls at risk of violence in India and Africa and a Patron of the LGBT youth homelessness charity, Albert Kennedy Trust and in May 2014, she was appointed onto the Board of Directors for GLAAD US and UK.